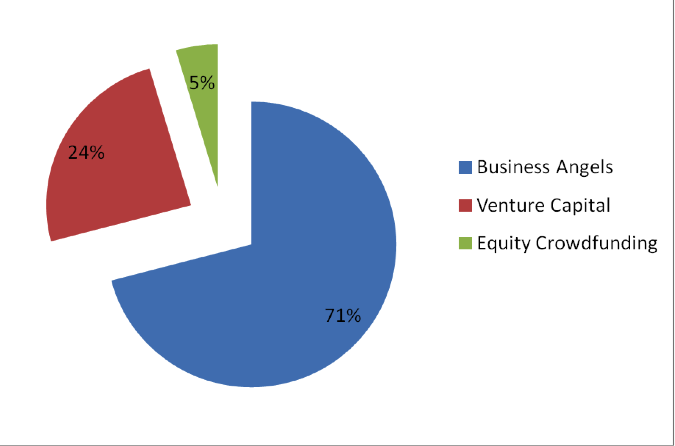 The 2015 edition of EBAN’s research reveals market growth in all early stage investment areas with particular highlight to angel investment activity which grew both in amounts invested as well as the number of active European Business Angel investors. Amongst the most relevant findings of the data collection, we emphasise the continuing trend of co-investment and remarkable growth of early-stage funds.

Key findings of EBAN’s annual statistics for the year 2015:

– Angel investment grows 8,3% from €5.5 billion in 2012 to €6.1 billion in 2015
– Overall early stage investment market is estimated at €8.6 billion
– UK leads European angel investment (visible market) with 96 million Euros followed by Spain (€55) and Germany (€44)
– European angel investment community is made up of approximately 303.650 angel investors
– Europe’s visible market is stabilising at 470 networks
– Average investment per company increases to €184k in 2015 (€166k in 2013)
– Investment per angel investor decreased from €20.437 to €19.990
– ICT collects 22% of amount invested and 37% of number of deals followed by Manufacturing and Biotech and Life Sciences (13% and 11% respectively) in terms of amount invested and Mobile (13%) in terms of number of deals.
– BAs continue to invest more and more with other angels and through early-stage funds

The three main areas of early stage investment in Europe